One generation commends your works to another; they tell of your mighty acts. Psalm 145: 4

Wagga Wagga congregation has completed a two-year coaching journey with Grow Ministries. After learning about Intergenerational Faith Formation, their Grow Coaching team decided to put together a worship event based around the idea of intentionally bringing together and involving everyone in the congregation, from the littlest children up to the oldest members. The worship service was structured around the theme of Serving Others, using the *GIFT - Growing in Faith Together resource from Grow Ministries.

During the children's address, we performed a skit for the children, portraying a basketball coach trying to encourage a resistant player to get in the game and use their talents.  The message was that we are part of a team and we all have something to contribute.

While the sermon was delivered to the congregation, the Sunday School kids headed over to the church hall where there were a number of boxes of vanilla patty cakes needing some attention.  The cakes had been prepared earlier by a couple of lovely volunteer cooks but they still needed to be decorated.

While the kids were beavering away with various flavours of icing, 100's and 1000's, freckles, and cashews (and desperately trying to resist eating anything), we discussed the concept of serving others and how they could serve the people in their lives.

After the service, instead of our regular morning tea set up, today the hall was arrayed with tables and chairs. Food was partitioned out across each table with the addition of textas, scissors, and coloured paper with gift box shapes on them.

One of the activities in the GIFT Serving together resource was called 'Gifts of Service' based on 1 Peter 4:10-11. Each person, while partaking of their regular piece of cake, slice and/or biscuit, was encouraged to cut out at least one of the gift boxes and write on it some way they could serve someone in their congregation or community. The gift boxes could then go home and be displayed on the fridge as a reminder.

The activity resulted in some interesting conversations around the tables between people who don't normally sit down and chat together.  One of the children even took the serving part of the event so much to heart that he spent most of his time carrying plates of patty cakes around like a restaurant waiter and ensuring no one missed out!

We hope to hold similar events in the future to bring our congregation together across the generations, creating more opportunities to share our faith with one another. 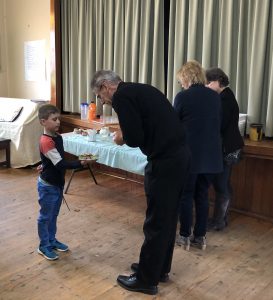 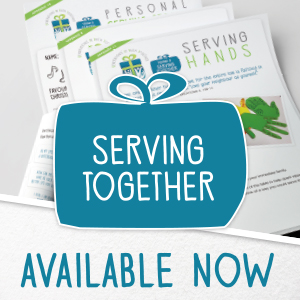 * GIFT events provide an opportunity for people of all ages to explore God’s love for them by sharing the gift of each other and the gift of faith. GIFT Serving Together has been designed to help you to celebrate opportunities to be Jesus’ hands and feet by serving as a family and as part of your congregation. It brings all generations together and provides a wonderful gift of learning, sharing faith and relationship building.

Other GIFT resources can be found HERE!

Caring for the families of your congregations » 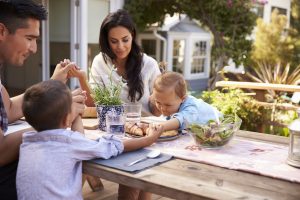